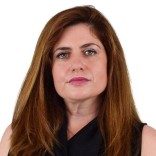 Who is the ESTP?

ESTP is an abbreviation used to refer to one of 16 personality types. It belongs to The Explorers group, which shares the traits NT. The letters refer to four basic preferences that belong to this profile: Extraversion, Sensing, Thinking, Perceiving. The personality types theory was conceived by the Swiss psychiatrist Carl Gustav Jung at the beginning of the 20th century. From his work, Katharine Cook Briggs and his daughter Isabel Briggs Myers developed the personality types indicators. They are the ones who inspired our work.

Keep reading to find out if ESTP is your profile.

The first preference is Extraversion (E)

The ESTP, as an Extravert, is extremely friendly, talkative and brilliant. He loves interacting with others and being in the spotlight. Indeed, he prefers to recharge by being amongst people rather than spending time by himself. He’s stimulated by fast-paced and busy environments. Moreover, he likes to collaborate with others and listen to others opinions and ideas.

The second preference is Sensing (S)

The ESTP, as a Sensing type, is focused on what happens in the present. He is not interested in thinking about the future. Moreover, the sensor is a very down-to-earth person and gets his information through his five senses. Therefore, he relies upon facts, data and actions that worked well in the past. Thanks to his good memory, he remembers all the facts and details.

The third preference is Thinking (T)

The ESTP, as a Thinker, is objective and rational. He makes decisions based on facts. He is ruled by his head instead of his heart. Moreover, the thinking type is critical and outspoken. Indeed, he says whatever pops into his mind. For this reason, he doesn’t think about the emotional reaction of the person he’s talking to.

The fourth preference is Perceiving (P)

The ESTP, as a Perceiver, wants to experience life as it happens. He has a flexible and spontaneous lifestyle. He adapts very easily to the world around him instead of trying to organize it. Indeed, disorganization does not bother him. Moreover, the Perceiver loves being multi-tasking and jumping from one thing to another.

If you would like a structured plan to help you achieve the results you desire, Limitless Success can definitely help. Learn to nurture your skills, we offer a series of self discovery exercises helping you to raise the bar in everything you do!

ESTP you may know

“People say that you’re going the wrong way when it’s simply a way of your own.”

Is Donald Trump ENTJ or ESTP?

“Success consists of going from failure to failure without loss of enthusiasm.”

8 Powerful Public Speaking Tips to Be a Master

How To Train Your Brain in 5 Simple Exercises

How to be financially optimistic?

Is Donald Trump ENTJ or ESTP?