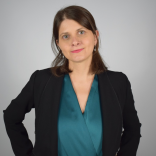 What personality type Donald Trump is. ENTJ or ESTP?

Have you ever asked yourself: what kind of personality will that person have? We always do! It’s our job to understand this through the way people speak, write, argue and relate to the outside world.

We were presented with a challenge on the Limitless Success Youtube channel, namely to understand what personality type Donald Trump is.

Challenge accepted! Here is our analysis.

We all know that Donald Trump didn’t take the test, so we can only guess his type based on what he shows about himself in public.

Trump is over 70, so his functions are well-formed, but he may also have honed in or smoothed out some aspects over the years.

Who is Donald Trump

Donald John Trump was born in New York on June 14, 1946. The son of a wealthy real estate developer, Fred Trump, Donald followed in his father’s footsteps to become a partner in the family business. He graduated in economics, became administrator of Elizabeth Trump & Son, which he would later rename the Trump Organization.

His business has stood out for the construction of tall office towers, such as the eponymous Trump Tower.

In his private life, he is famous for over the top lifestyle. He also reinvented himself as a film and television character, up to the point of producing and conducting the sensational success of The Apprentice.

Currently, the 45th President-elect of the United States of America defeated Hillary Clinton on election day. He was in turn defeated by Joe Biden, who will take his place at the White House in the new term.

ENTJ personalities think in an instant and can make controversial decisions, such as not wanting to accept the result of the recent election against Biden.

They are people who tend to talk about what they think and feel. They are direct people, sometimes perceived as detached and rely on the Ni trait, their intuition more than research to make decisions.

Examples of these traits are found in many Trump speeches:

ENTJs like to take some risks, always calculated, and they always manage to be lucid and direct. This generally makes them natural leaders, which however may not appeal to everyone. This is their Se trait in action.

ESTPs also like to live in the moment but can take less calculated risks. They are generally more inclusive, speaking in the plural rather than the singular.

Their Ti feature makes them people who want to understand how everything around them works, but only to be able to use this information to their advantage. They have a pragmatic approach, so they want to know what’s in it for them, always.

Trump likes to be in the spotlight and has important roles. I’d say being President of the United States might tick this box.

Main traits of his personality profile

So let’s recap Donald Trump’s distinctive traits and why we came to select ENTJ and ESTP profiles for him.

Communication style: direct, assertive and with initiative. This is true for the following types: ESTJ, ESTP, ENTJ, ENFJ.

He is a pragmatic person, because he wants to get the maximum result because it suits him (typical ESTP and ENTJ), not because he thinks he is doing what is right (typical ESTJ and ENFJ thinking).

In my opinion, the latest events, for instance, not accepting the lost elections, are a clear signal of a leader who wants to be recognized as such. So I lean more towards the ENTJ profile.

But the debate is open and I’m eager to hear what you think as well in the comments below.

Truth is, we will never know the truth until Trump decides to take our test.